For several years, GameStop stores have been the perfect chill-out place for youngsters to spend time alone or with their friends. It is where millions of young people trade used games, debate on topics, and get exuberant advice from the staff members, who are often game enthusiasts themselves. 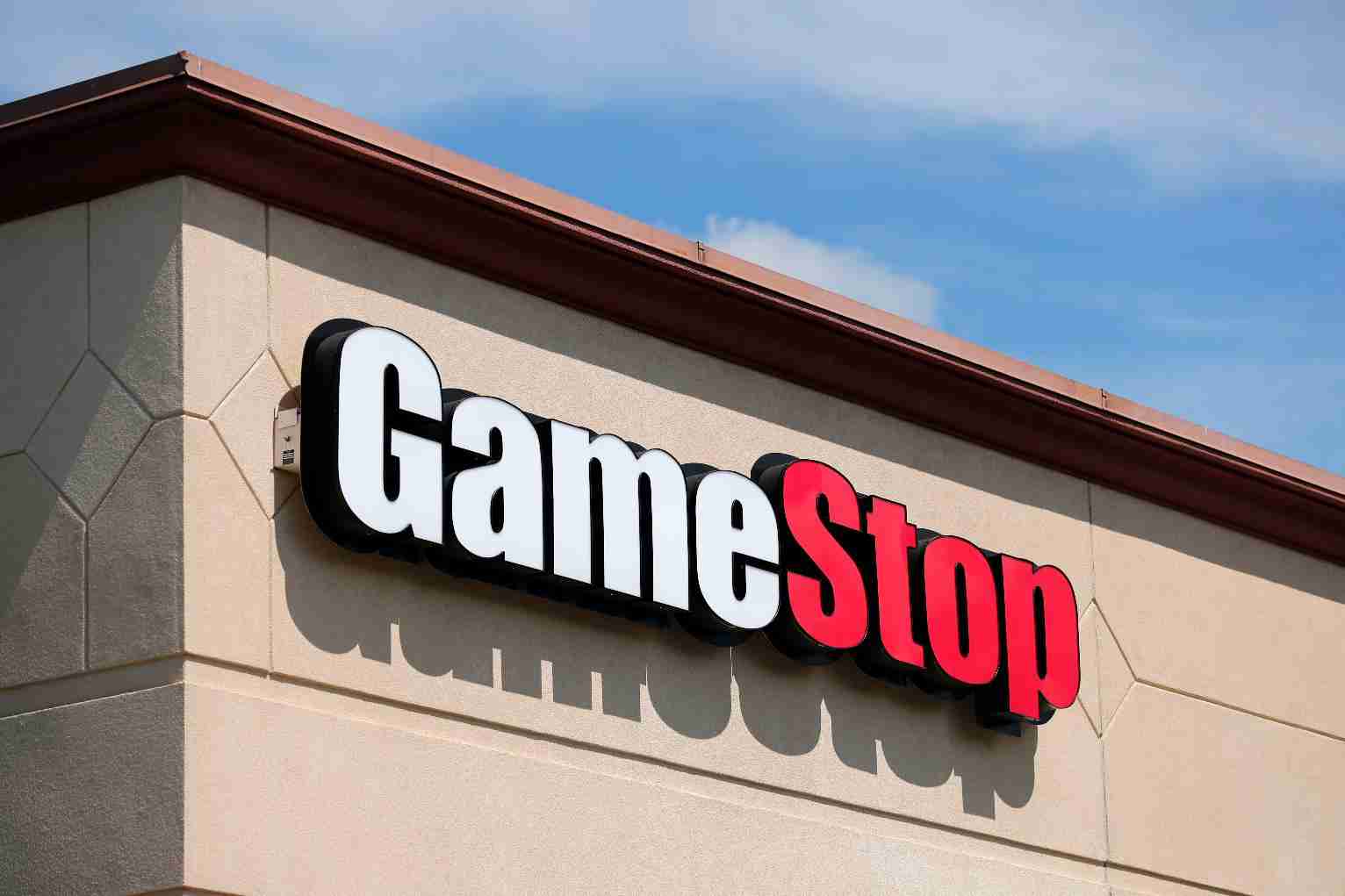 In the early 2000s, the idea popularized all over The US and propelled the company to open thousands of stores not just in America but worldwide.

They made crazy money in no time and were known as one of the industry’s top-most gaming ventures. Investors believed that these good times would never end and invested in GameStop stocks, doubling the prices in 2007.

However, a decade ago came curling times. GameStop started to suffer as the online media crept in, and digitalization soared. It became easier to just get everything online, from ordering games to playing them over the internet.

The gamers shifted to in-house gaming rather than going out and about to play their favorite video games. The gamers purchased games on the internet and even preferred downloaded games over a visit to the fun and frolic mall.

This continued over the years and is now showing on their books, too. The company has been facing severe distress for quite a few months now. Crashing stock prices (currently at $225, low by $103.46) is over 30% down in the market.

Now the question arises, is this multinational actually going out of business?

Not really. However, they are certainly going through a considerable slowdown. This is mainly because of the remarkable shift from physical video games to digital ones.

The digitalization era has seen many businesses fall out of place, and GameStop is undoubtedly one of them.

However, there is more legitimacy to them falling out of business. Immense supply chain disruptions also caused the brutal sales to decline with customer traffic pressure amidst the COVID 19 Pandemic.

The real situation around GameStop is looking out to be a little confusing. First, their stock prices spiked massively for no apparent reason why.

But then again, nothing in the stock market happens without a reason. Reddit, the popular forum, where people generally discuss stocks and investing, had people chatter about the gaming company.

Many people bet on the rising prices and some, against it. The people who bet against it changed their mind at the last moment and ended up buying the shares. This intensified demand of the GameStop shares resulted in its stock prices going up tenfold.

The price spike, in fact, took place because several institutional investors bet on it to fail, and absurdly. This investing, often known as short-selling, helped the individuals who coordinated with each other to drive up the stock price.

Those of whom you are wondering what exactly shorting is – shorting is basically when an investor borrows shares and immediately sells them. He does this in the hope of scooping them up later at a lower price. This leads to returning them to the lender at the lower price and pocketing the difference, as the profit.

However, short selling is riskier than regular buying and selling in the market. Results of which are in front of us. The shares which were priced at a double-digit have now soared to triple digits.

After covering GameStop for 19 years, Patcher has a bearish view of the company, pricing it at $16. He adds in one of his talks that he is aware none of his opinions matter right now.

Shares of the video game retailer ended up more than doubling on 30th January, at a whopping $325. They are now up by 1600% since the beginning of the year.

However, the average price target among 6 analysts is still at a low of $13.44.

To add to the above data, GameStop has hardly made anything out of this incredible jump. Since all of it is paper wealth and wildly fluctuating, it has not made a lot for the organization.

Though, Steve Cohen and two other significant shareholders of the company earned $2 billion in this short time.

The share prices are said to come down as quickly as they went up.

Usually, the prices reach an incredibly insane level that people cannot refuse, inviting a run to cash in on it. Some people do make a lot of money, while some lose big.

The stock eventually returns to a more normal reflection like it had been, showcasing the company’s real value and health. Such a situation has not occurred for the first time and was even seen around 2007-2008 when the same scenario happened with Volkswagen shares.

Hence, it would be right to say that it is a very short-lived experience and does not continue in the long run.

Below is the price curve for GameStop for the last 3 months.

How did this spike increase the company’s overall market value?

You will be shocked to know the increase in GameStop’s market value due to its short-selling.

As of 1st December 2020, GameStop’s market value was at $1.1B, with the stocks priced at $15.81. However, just 2 days later, on Friday, the shares started trading at $325, valuing the company at more than $22B. That is more than two times the tenfold increase! Currently, it is down at around $9.5B market cap.

However, this doesn’t mean the situation remained. The skyrocketing share prices do not equate to the company’s financial success, indeed.

And this is precisely what all the fuss is about.

How can a company doing so well in the stock market be going through so much financial pain? Well, that is how the market works.

It is often not exactly aligned with reality and works on short term decisions made by a pool of investors.

GameStop is still in trouble, and we are here to explain exactly why, and how.

If we talk about facts, GameStop’s third-quarter earnings report (dated December), flashed a 30% drop in sales compared to last year. In fact, this was during the pandemic, when the entire video game industry experienced a tremendous boom and months of increased revenues.

As the world was under a complete lockdown, Americans stayed home and played video games almost throughout the day. The video game sales skyrocketed, but this was not the case for GameStop. Majorly, sales in the retail stores suffered due to the locational closing and the social distancing.

The customers’ flow decreased, and the companies that did not efficiently go online, like GameStop, were severely hit.

GameStop has closed around 800 stores across the world since the year 2019 due to underperforming locations and the non-densification in some trade areas.

Additionally, In September 2019, George Sherman, GameStop CEO, also added that they tried to get their gamers back in stores by initiating a test drive. This drive turned test stores into hangouts for customers.

However, that did not work out too well, either. The company closed 462 stores in 2020 and plans to shut down more than 1,000 stores by March 2021. The company still stands strong with over 5,000 stores in the US, whatsoever.

The second-quarter sales results (as of September 2020) of GameStop were:

Store sales declined by 12.7%, partially as a result of the global pandemic.
Global e-commerce sales rose by 800%.

Below is the net income chart for GameStop for the past 5 years. Considering the stock prices compared to the previous year, is it worth investing in GameStop. What is the ground reality like?
Most Wall Street analysts do not expect the firm to become profitable until its fiscal year ending in January 2023. According to their analysis, it will generate a profit of $1.12 per share after 2 years.

The high stock prices, along with the falling sales and high cost of running these game stores, are taking the scenario back to the dot-com era. This was the highly speculative period that resulted in investors losing vast sums of money.

Below is the revenue curve for GameStop for the past year, which is pretty much self-explanatory. It shows how the GameStop revenue has come down over the months, and drastically so. This reflects the real situation of the video game retailer’s operations in the business.

GameStop still knows how to be in the game! The management explained the profitable sales in its e-commerce segment. The revenue grew by 200% in the third quarter.

They slashed costs by closing down multiple stores, and this only added to the opportunity to speed up the already existing aggressive cost-cutting program.

The management also expressed that they are excited about the potential shift from offline retailers to entering into the online channel over the next few years.

They have intricately strategized their online debut, including inventory cuts, and are focusing on sustainable profits despite the decreased footprint.

GameStop is onto new folds in its business by reorienting its model towards more growth opportunities. “We will remain intensely focused on continuing to improve our financial architecture,” said CFO, Jim Bell.

Below is the graph of Cash for Operations for GameStop for the past 1 year, reflecting an incredible high during the mid-year and a fall towards the end. 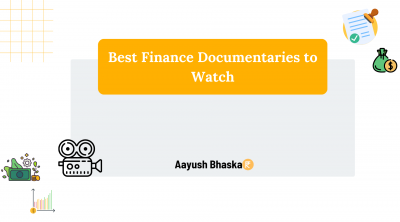 20 Best Finance Documentaries to Watch in 2023 How To Logically Value A Company Before IPO As An Investor

Shoonya vs Zerodha: What’s the Difference? How to Invest in Green Bonds in India

How to Short-Sell Stocks in India