Home » Is Crypto Dead? Why Did Crypto Crash And What’s Next?

The price of Bitcoin went down to $25k, a level it has touched for the first time in two years. Coinbase, a popular cryptocurrency exchange platform slummed in value.

A stable coin in the crypto space crashed by 90%.

The global stock markets reported around an $11 trillion loss, resulting in the biggest crash since the 2008 financial crisis. But why?

We will break down the ground reality of the Crypto markets, why did the crash happen, and what should we expect in the future. So stick around to find out.

Analyzing an asset market is no piece of cake. Every professional has a unique analysis. I will explain to you this market condition with the historical data and the current scenario across the world.

Here are the top 4 reasons behind the current crypto downfall.

The above chart clearly shows the spike in inflation in the United States. Yes, inflation has reached its all-time high in the country since the 2008 crash, and it is clearly wrecking the crypto market as well.

Let me explain to you how:

As inflation rises, the commodities get expensive and the buying power of the people decreases. This also means that the value of the currency falls. Due to this, inflation directly affects its value.

Below, you can see how the U.S. Dollar Index has touched newer heights in recent times. This chart represents the movement and the breakout(breaking a strong resistance zone) of the U.S. Dollar Index.

You can even see how the Bull Run of the crypto market commenced as the DXY index started falling. Fundamentally, it means that people are investing their money in cryptocurrencies instead of fiat, leading to the fall of the U.S. Dollar

Simultaneously, as the DXY index started bouncing back, it brought in a lot of crashes in the crypto market, once again proving that the U.S. Dollar index and Bitcoin are related to one another.

As inflation hits and people seem to be losing their money, the U.S. Dollar has broken a major resistance to reach newer highs. Check out the below chart to see how the U.S. markets have crashed due to these events.

This chart shows how the U.S. markets have suffered the hyperinflation. The fall in the stock market clearly presents the current market sentiment of fear among investors and retail traders. Similarly, steep selling pressure has been seen in the crypto markets due to the rise in inflation.

The recent reforms in the regulation of cryptocurrencies have created a lot of buzz (not so positive TBH) among the people. In the turn of events, many countries announced a heavy tax on all digital assets.

Similarly, India also brought major regulations as all the cryptocurrencies will be charged a 30% tax on making income through the transfer of digital currencies. The Indian government even decided to tax the users no matter how many losses or expenses they have incurred before generating the income.

This also brought in a lot of FUD (Fear Uncertainty, and Doubt) in the market as this move is considered very selfish in terms of people’s benefit. This is because the government is supposed to stand by the people and for the people.

However, declaring such a heavy tax on crypto profits irrespective of the losses makes people fear that the government is politically against them from using cryptocurrencies.

As if the ever-strict regulations were not enough for the crypto space to suffer continuous losses, a string of news and updates hit the markets severely.

China once again banned digital currencies, citing them as “illegal financial activities” (literally for the 1000th time). This came in as a blow to the entire world as China has a lot of active investors and traders and it’s primarily the hub of bitcoin mining.

The ban on all the bitcoin mining facilities in China also brought in a lot of chaos in the market. In early 2022, a popular NFT gaming network Ronin reported a loss of around $600 million due to a hacker that breached their network, turning out to be the second-biggest crypto hack ever.

All these events kept on hammering the price of Bitcoin and all the Alts in the market.

FUD has taken over the crypto market, yeah once again. Things were starting to normalize after the pandemic when Russia decided to invade Ukraine and mess up the financial markets. Amid the war, there was a huge selling pressure coming from Russia that escalated the downward trend in Bitcoin.

Adding to that, the crash of Terra’s Luna and UST has affected the credibility of all the digital currencies. These events have made the people so careful that the Fear and Greed Index (the index that shows the overall sentiments of the people participating in the market.

Generic Timing–Sell In May Go Away

If you have some knowledge about the stock markets, then you must be familiar with this term. “Sell in May go away” means that you should sell all your investments in the month of May.

This theory is based on the fact that the global stock markets perform very nominal from May to October, and since the crypto market is also co-related to the stock market, the effects can also be seen here as well.

This dump in the crypto market seems to be perfectly timed, as it went into free-fall at the beginning of May itself.

If you are an early bird entering this market after 2020, you’ve seen the golden time of the crypto-verse. Invest any money at any time and get definitive returns! What a lifehack, huh?

Also, this is not something that came to us all of a sudden, as price action has always been suggesting the climax of a bull run back since May 2021.

How? Well, the answer has been on the chart all along. It’s very natural for bitcoin to make blow-off tops after a bull run, which signals the near end of a cycle.

Now, you may be thinking that how can this be a bear market if Bitcoin made a new all-time high just a few months later? Well, bitcoin sure made another all-time high, but almost all altcoins made a lower low.

And if you know anything about technical analysis, you would know that a lower low signifies a clear downtrend!

That being said, is all this normal?

Absolutely, in fact, that’s how the crypto market works.

If you’re new to this market, you may be devastated looking at your investments going down by a solid 80% – 90%. However, it’s very normal for alt-coins to crash over 90 and in some cases even more than 95% before they soar back to new all-time highs.

What’s next – Is the Bull Run Over?

Before you upset yourself with the thought that the market is dead, and we are not going any higher, you might want to put your grim faces aside for a while and zoom out to take a look at the big picture.

If you are someone who is familiar with Technical Analysis, then you might be getting the point. For others, this is a rainbow chart that depicts the price movement of Bitcoin. It clearly shows how after every bottom there is a huge buying pressure in the market.

This crash is not unusual for the crypto world, as it is still very well within the rainbow formation, which technically indicates that it’s a good time to BUY! However, if you are confused about whether the worst is over for Bitcoin or not, read the next point very carefully.

The above chart shows the price movement of Bitcoin since 2015. Okay, don’t calculate how rich you would have been if you had invested back then. It’s time to make good investments now and in the future.

The red ribbon is a 200 weekly MA (Moving Average). This line signifies the average price of bitcoin in the last 200 candles. It is clearly visible how Bitcoin has always used this moving average as strong support.

Since 2015, BTC has bounced back strongly from the 200 MA and carried on a strong bull run. As of now, the price has not touched the moving average. So, if you were to invest based on historical data, you can expect Bitcoin to go down further and kiss the 200 Weekly MA.

Another important factor that the professionals consider while predicting the future of Bitcoin is halving. This is an event that comes once every four years. As someone mines bitcoin, there is a specific number of Bitcoin they receive.

Well, the mysterious Satoshi Nakamoto was a prodigy at thinking the entire road map for the future. This halving made Bitocin what it is today. If there wouldn’t been such a thing, then everyone would have stormed with Bitcoin mining rigs and earned infinite returns.

This process brought stability to the crypto world and maintained a balance in the supply and demand chain.

Remember, technically Bitcoin has always been in a bull run ever since 2011 and long-term investors have never tasted what loss feels like. If you ignore these short-term crashes, you can make serious money from Bitcoin.

Pick any chart of Bitcoin, you’ll find that the coin has always been in an uptrend and these crashes have been present in the past as well. What matters is the way you deal with these volatiles.

At last, do you think I’m a saint to give you so many insights into the crypto world?

All these analyses and predictions are completely based on my research and study. Yes, you may use them for your references and to get an idea about the whole crypto world. But they are not financial advice.

It is always recommended to do your own research before investing your hard-earned money anywhere. 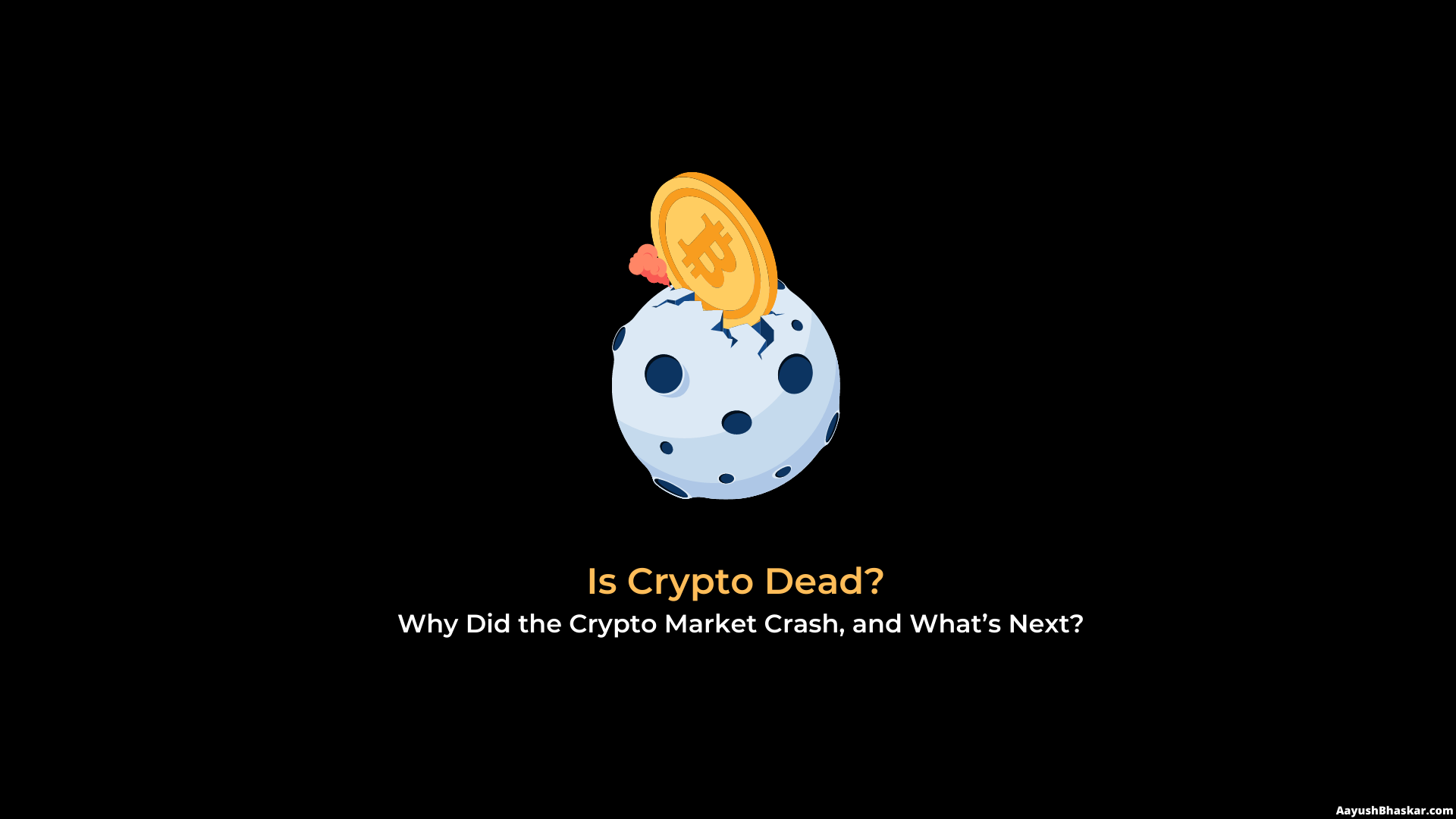 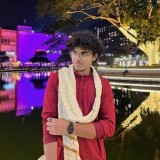 Aayush’s aim to start a fintech blog was simple – riddle out the influencer-focused content and publish solid, informative articles backed by unbiased intent.

Install Groww App
Groww is my #1 recommendation for beginners to get started with Mutual Fund and Stock investment. It’s free and easy to use. And guess what, you can track all your external investments, as well as purchase digital gold & invest in US stocks- all with one app!

Try FTX CX
Ever since Vauld has stopped VAN and UPI payment menthods, FTX is my go-to crypto exchange. It allows you to deposit fiat currency via credit/debit cards and you can invested a vast variety of crypto tokens compared to other exchanges.

Diversify Your Portfolio with Vested


Invest in U.S. Stocks and diversify your portfolio beyond Indian asset classes. Vested is the easiest way to buy fractional shares of companies listed on the U.S. Stock Exchanges.  Get a $10 Bonus when you fund your account. 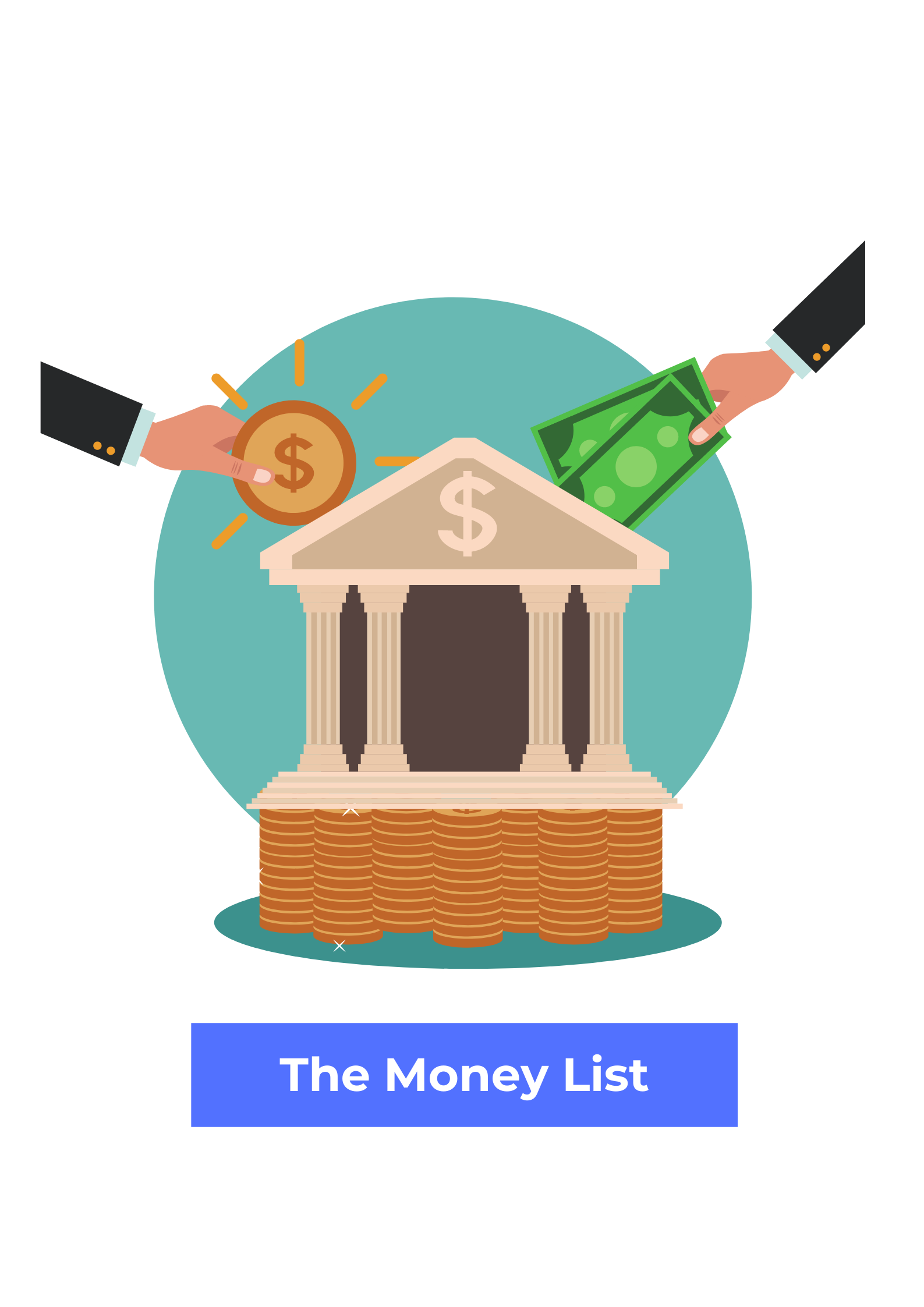 Subscribe to Aayush’s Money List where he shares practical ideas to save and invest money – the right way.

Aayush understands that naive can’t handle money – from a personal experience. He started this blog as an initiative to teach millennials and young entrepreneurs how to make, manage, and invest money towards a better future.

The Cash Giveaway is Live!