Technical Analysis Made Simple – A Step By Step Guide

If you’re new to the world of technical analysis, then this is the perfect place to start.

Here, you’ll find everything you need to know to get started, from the basics of charting to more advanced concepts like indicators.

Technical analysis is a powerful tool that can be used to help you make better-informed trading decisions.

By taking the time to learn and understand it, you can give yourself a real edge in the market.

So, let’s get started!

What is Technical Analysis?

Technical Analysis is the study of the financial markets based on historic data presented on a chart. This chart can be in the form of a line, candlestick, or bar.

With the help of price movement and volume, technical analysis is practiced to identify potential opportunities to make short-term and long-term gains.

Technical analysts believe that the collective behavior of all participants in the market, including buyers and sellers, determines the price. Technical analysis is often used to identify price patterns that may provide clues about where the price is headed.

Let’s start with the very basics of Technical analysis to help you get a grip over it before we move on to some advanced terms. 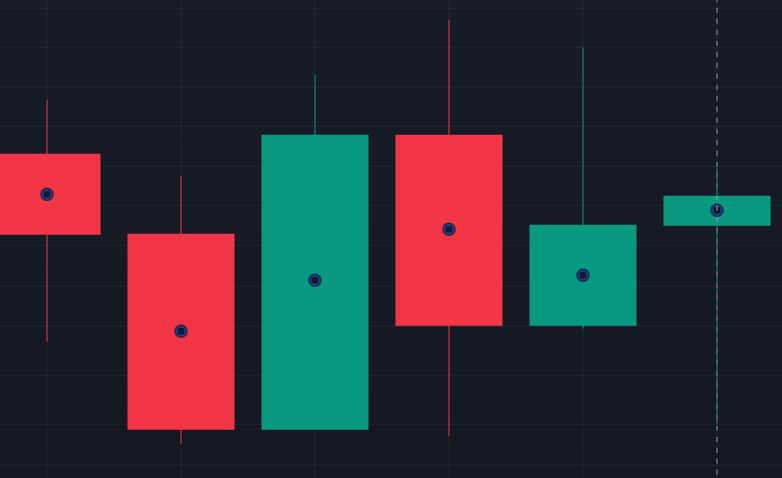 Candlesticks are one of the most popular tools used by technical analysts to evaluate the market. They are easy to read and can provide a wealth of information about the market.

The candlestick can provide a variety of information about the market, including the direction of the trend, the strength of the trend, and potential reversals. Candlesticks can be used in any time frame, including hourly, four hours, one day, one month, or even one year.

If you are just starting out in technical analysis, candlesticks are a great place to begin. They are easy to interpret and can provide valuable information about the market.

One of the most important things to remember is that you should never rely on just a one-time frame. Instead, you should look at multiple time frames to get a more complete picture. For example, you might look at a long-term chart to identify an overall trend, and then look at a short-term chart to time your entry.

There is no “right” or “wrong” time frame to use. It all depends on your trading style and what information you are looking for. Some traders prefer to use long-term charts, while others prefer short-term charts. Ultimately, it is up to you to experiment with different time frames and see what works best for you.

In technical analysis, a trend line is a straight line that connects two or more price points on a chart. Trend lines are used to identify trends and trend reversals.

Trend lines can be used on any time frame, but are most useful on longer time frames such as daily, weekly, or monthly charts as they give a strong signal and reduce the noises present in the shorter time frames.

When drawing trend lines, it is important to use as many price points as possible. The more price points that are connected, the more significant the trend line becomes.

There are two types of trend lines:

Support and resistance trend lines are drawn by connecting price lows in an uptrend and price highs in a downtrend. These trend lines indicate the level at which prices are likely to find support or resistance.

Moving average trend lines are created by plotting a moving average on a price chart. These trend lines show the average price of a security over a given time period. We’ll discuss it in detail ahead in this article.

Trend lines are a useful tool for traders to identify trends and make trading decisions. However, it is important to remember that trend lines are not exact and should be used in conjunction with other technical indicators.

There are a variety of patterns that technical analysts look for when trying to predict future price movements. Some of the most popular patterns include: 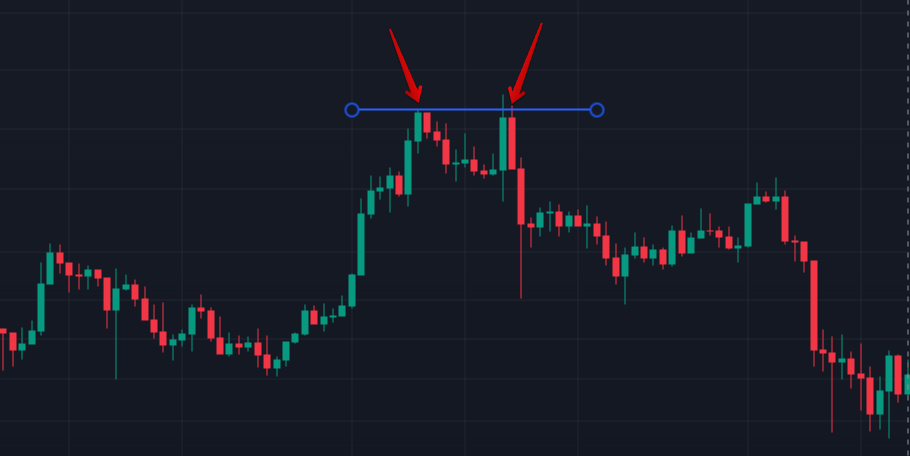 This is a reversal pattern that is created when the price forms two consecutive peaks, with the second peak being lower than the first. The pattern is considered complete when the price breaks below the support line created by the two highs.

This is a reversal pattern that is created when the price forms two consecutive lows, with the second low being higher than the first. The pattern is considered complete when the price breaks above the resistance line created by the two lows. 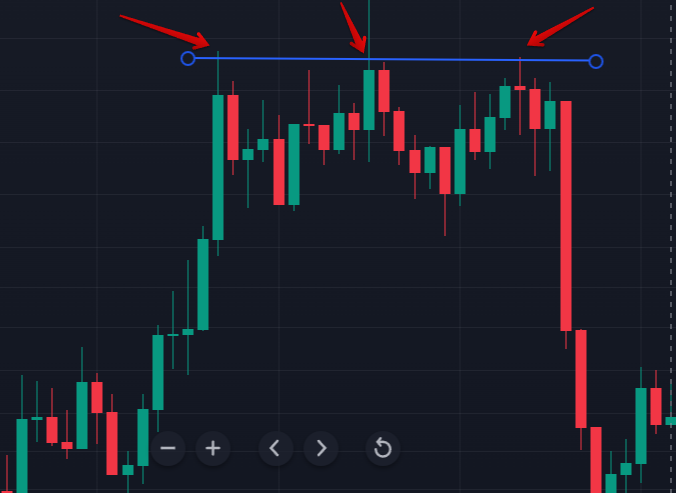 This is a reversal pattern that is created when the price forms three consecutive peaks, with the third peak being lower than the first two. The pattern is considered complete when the price breaks below the support line created by the three highs.

This is a reversal pattern that is created when the price forms three consecutive lows, with the third low being higher than the first two. The pattern is considered complete when the price breaks above the resistance line created by the three lows.

These are just a few of the many different patterns that technical analysts look for when trying to predict future price movements. Each pattern has its own set of rules and guidelines, and it is up to the analyst to determine whether or not a pattern is valid and worth trading.

Technical analysts use a variety of techniques to analyze price and volume data. Some common techniques include trend analysis, support and resistance levels, and moving averages.

Price and volume data can be found on most financial websites. Many brokerages also provide this data to their clients.

Technical indicators are tools used by traders to evaluate past and present price information and make trading decisions. There are many different types of technical indicators, each with its own strengths and weaknesses.

Let’s have a look at some of the most popular indicators used by active traders and investors.

A moving average helps clear out price action by removing the “noise” from random price fluctuations. It is an indicator showing the trends that are based on prices in the past.

Moving averages are a popular technical analysis indicator because they are easy to understand and easy to use. They can be used to identify the direction of the trend, as well as support and resistance levels.

In technical analysis, Fibonacci retracements are used to identify potential support and resistance levels. Fibonacci’s retracements are based on the idea that markets will retrace a portion of a move before continuing in the original direction.

Additionally, Fibonacci retracements can be used to identify potential price targets. For instance, if a stock retraces 61.8% of a previous move, it is often considered a sign that the stock may continue moving lower to reach the next Fibonacci level at 100%.

The Relative Strength Index (RSI) is a strong momentum indicator that simply measures the magnitude of price changes to determine whether a stock or other asset is overbought or oversold.

The RSI is calculated using the following formula:

The RSI is a versatile indicator that can be used in a number of different ways. It is a popular indicator among traders and is a useful tool for identifying trends, overbought and oversold conditions, and potential reversals.

Created by John Bollinger in the early 1980s, Bollinger Bands are meant to measure the volatility in the market.

The upper and lower bands are typically 2 standard deviations away from the middle band. Bollinger Bands can be used to measure overbought and oversold conditions in the market, as well as to catch potential trend reversals.

Bollinger Bands can be used on any time frame, but are most commonly used on daily or weekly charts.

If you think that you can easily trade in any market using technical analysis, you can. However, all these tools and indicators were just a gist of it.

There are a lot of tools and concepts that are still uncovered. Hence, I would recommend studying more on this and practicing it thoroughly before you invest your money in anything.

If you find this article helpful and want to learn more about technical analysis, drop a comment below, and I will make more such pieces to guide you. Till then, keep learning and keep growing. The Intelligent Investor Summary for People in a Rush What Are Dividends and How Do They Work?