Note – Adani Group has had a very shady past. This was recently uncovered in an investigation carried out by Hindenburg Research – a firm that focuses on short-selling. You can read the full investigation report here, and I highly recommend you do so if you’ve invested in any of the Adani Group companies.

Gautam Adani started his journey in a small Jain family in Ahmedabad. In his early 20s, Gautam Adani pursued a Bachelor’s degree in commerce from Gujarat University.

However, he left his college education in his second year and decided to focus on his brother’s business. 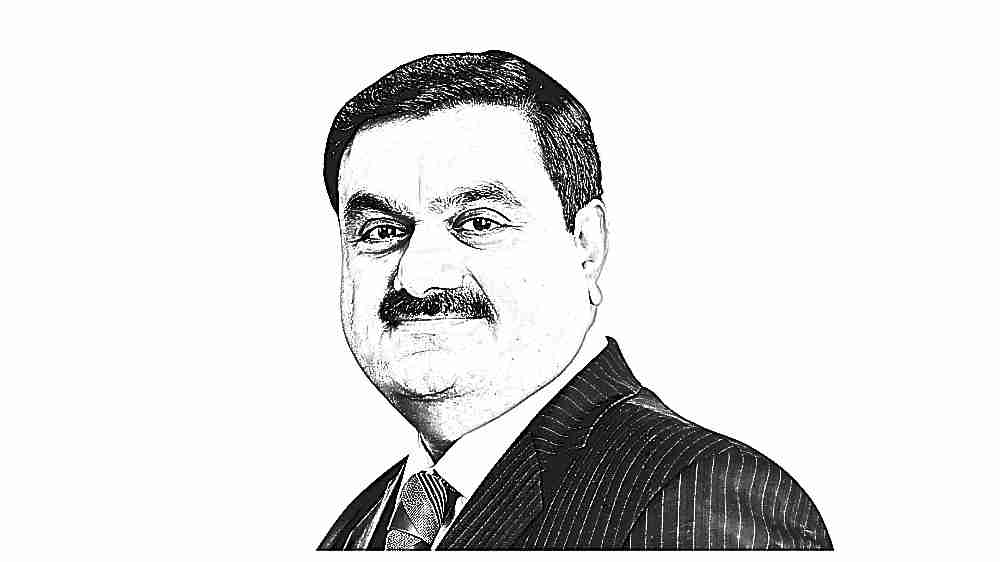 The Tatas and Birlas shaped India’s growth story after Independence, but the Adani group has become the synonym for wealth creation in the 21st century.

Gautam Adani’s net worth is expected to be $114 billion, and he is currently the fourth-richest person in the world. His seven enlisted companies have a market capitalization of around $197.49 billion (July 19, 2022).

Expansion of The Adani group

The rise of the Adani Group is not a single-day phenomenon. Let’s see the rise of Adani Group step-by-step, from the beginning  till now, and what are their plans to expand in the future:

Gautam Adani’s journey began when his elder brother Mansukhbhai Adani called him from Mumbai in 1981.

Gautam Adani, at that time, worked for the Mahindra brothers as a diamond sorter since 1978. Mansukhbhai Adani appointed him to his plastic factory to oversee the operation. Thus, the plastic venture became the gateway for the Adani group’s future empire.

In the beginning, his business faced many difficulties, largely the shortage of plastic granules. In overcoming these shortages, he required 20 tons of PVC each month to keep his company’s head out of the water.

However, a deal came from India’s sole producer IPCL, who was not efficiently supplying the plastic on time.

According to one of Adani’s custom officer,

“During the fluctuations of plastic granules market prices,  when other business houses could not fulfill their agreement, Gautam Adani was the only person who fulfilled his promise.”

Soon after resolving the plastic shortage, Adani collected the Letter of Authorisation from a small plastic maker and started placing bulk PVC orders; and after some time, Adani Group tied up with the Gujarat State Export Corporation to expand the group’s business.

As it was supplying the input to small businesses and consolidating all the requests under the GSEC, Gautam Adani had eliminated the requirements for a Letter of Authorisation.

By importing, Adani used to pass GSEC the products of their demand, and he used to sell the leftover products at a handsome profit to other clients.

Soon, he was granted an import license by the Gujarat government with a ceiling of 12 crores Letter of Authorisation.

During this phase, the business of the Adani group grew at a blistering pace. Between 1988 and 1992, the import volume of Adani company increased from 100 metric tonnes to 40,000 metric tonnes.

Moreover, Adani started to import petroleum goods and chemicals along with the PVC granules. Adani group, with the time, expanded itself in the export of products, and soon Adani group emerged as the star trade house, which reduced the need for bank guarantees.

Adani Group, alongside EXIM Business, expanded into the infrastructure business in the late 90s. He decided to venture into the ports and plants project also. Consequently, Mundra port became his first financial venture project.

But the Adani group started to face political criticism over his port project from influential politicians like George Fernandes. Later they started to face massive losses because of their delayed projects in Kandla and the Mumbai Port.

Adani decided to convert Mundra into a private captive port to resolve the delay problem.

Adani Group and the Mundra Port

The LPG reforms took place in India in 1991. The Gujarat government in 1994 decided to manage the new ports as a joint venture of state and private companies. It decided on the list of 10 ports, including the name of Mundra port.

Due to the economic importance of Mundra port, the Government of Gujarat announced the managerial outsourcing of the Mundra port, and in 1995, the contract was awarded to the Adani group. The first ship was known to be docked at Mundra port in 1998.

Between 1998 and 2002, Adani expanded into the coal and Thermal power plant Business but had not achieved much. The growth of Mundra port between these four years was nothing much extraordinary, and even Gautam Adani claimed that his decision to takeover Mundra port had backfired.

The destiny-changing moment came for Adani Group when Kandla port in 2000 took a self-defeating decision by rejecting the offer of one of the largest port operators P&O Ports Australia.

Adani ports and Special Exclusive Zones have achieved an operating margin of 71% for over a decade. Citibank chose the Adani group for developing a non-LNG terminal at Hazira port. After taking the tender award in 2009, the construction started in 2010. The port started its operation in 2012.

Expansion of Adani Group in the International Market.

Seeing this Initiative of the Adani Group, Warburg has invested $110 million in the Adani ports and Adani’s special economic exclusive zones. The French Total has also invested $2.5 Billion worth of money into Adani Greens.

Adani group is indeed the pioneer of India’s infrastructure sector and is involved in multiple sectors.

Adani Group, which has been running its business around coal for around two decades, started to see the future of Adani group outside the Fossil fuel by making significant investments into the infrastructure sector, mines, ports, power plants, and airports, data centers, and defense manufacturing.

In this period, it has extended its international reach to 2020. Adani Group has also invested in French oil giant Total SE and Warburg Pincus LLC. It is only next to Tata group and Reliance industries in terms of value.

What’s Next for Adani Group?

Adani Group has targeted to add as much as eight-fold equity growth to its subsidiaries by 2025. By expanding itself in other critical sectors, Adani Group has also gained the air traffic of seven National and international airports in India, which is one-quarter of India’s traffic control.

Moreover, it has decided to boost its capacity eightfold to generate Renewable capacity electricity for India. It is closely aligned with India’s commitment to becoming a carbon-neutral country by 2070.

The Rising Debt of the Adani Group

But very few people know that the Adani group is not sitting on the mountain of profit, but the mountain of debt as Adani Group debt shot up by 40% to 2.21 Lakh crores in FY22 according to Moneycontrol.

The Oligarchy and Politics

In the US, the Wharton India economic forum declined the invitation to Narendra Modi. Adani Group, who was the main sponsor of the main event, also withdrew its primary sponsorship without giving any statement. The CAG had Flagged two instances where the Gujarat government gave undue benefits to the Adani group.

In the first instance, between 2006-09, Gujarat State petroleum sold gas to Adani Group at lower prices. By this, Adani Group achieved a profit of 70.5 crores. In the second instance, Gujarat Urja Vikas Nigam recovered only a 79.8 crores penalty against 240 crores estimated by the CAG.

Adani Group had also seen the global boycott during the ‘Stop Adani Movement’ when Adani group involved itself in the Controversial Carmichael coal mine, rail, and port project of Australia.

Adani enterprise was the only company listed in the stock market initially before 2008. From 2008 onwards, the Adani group started to enlist its companies, and now there are seven companies listed:

As per the company’s requirement, the Adani group orchestrated an intricate framework of cash flow. In 2015-16, Adani Properties which is a subsidiary of Adani Enterprises, bought 9.05 percent stakes in Adani transmission as you can know that both of these firms are entirely in different businesses.

As there was a massive jump in stock prices of Adani Transmission between the year of purchase and the year of exit. Between these periods, as in June 2015, the stock price of the Adani group was 27.6 Rupees, which jumped to 126 rupees in 2017.

If Adani group had invested a hundred crores in 2015, it would have become 400 crores in 2017. This money stays within the company when it is needed by the Adani group; they can sell off its stakes to carry out its construction project.

Secondly, between 2013-18 Adani Power struggled with its cash flow. It was because while building the power project in Mundra, it was expected to get a cheap coal supply from Indonesia.

When Indonesia raised the price of its exported coal, Adani Power Mundra claimed that its cost of coal had risen so much that it could no longer supply extended power at actual rates.

So during this period, the company’s annual reports show several instances where Adani enterprises directly gave out loans to Adani Power and indirectly through subsidiaries like Infra India or Kutch Power generation.

So, this entire complexity of permutation and combination is Adani group’s long-term vision in just two moves. Buying equity in the group company to generate cash flow, and in the future, using another stable Adani group company’s loan eligibility to direct cash flow to the troubled company when needed.

With this move, Adani Group can quickly generate growth in their stocks, and when this news reaches media houses, they make publicity for rising Adani group share price.

It can earn extra equity through the people’s investment in the Adani Group subsidiaries.

Gautam Adani, who is also known as Modi’s Rockefeller, as under the Modi government, his net worth has increased by 230%. As the government is focusing more on deregulating the Government PSUs.

In the last few years, he also won more than $26 billion in government tenders and Infrastructure projects across the country, according to the Financial Times.

But then it will be interesting to see how Adani Group, which is currently sitting on the mountain of debt, is going to walk on a very thin line of rising debt and keep the company in stable growth. 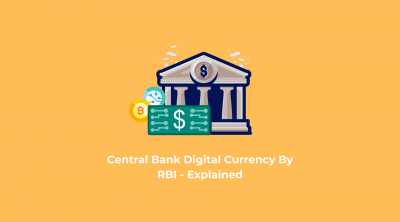 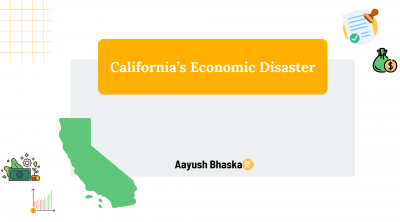 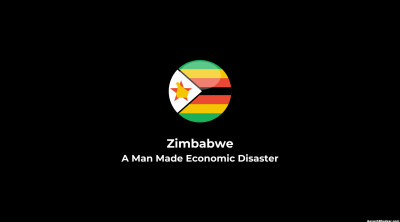 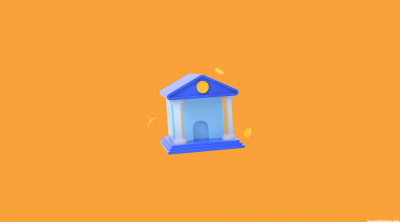